Home » Traveling through Norway with Norway In A Nutshell

Hey everyone! I am finally wrapping up the Scandinavian series with this final post about Norway! Ports in Norway weren’t on the itinerary of our Norwegian cruise, so my family and I decided to extend our trip a few days to visit this beautiful country. We spent two days in Oslo, one day traveling throughout the country with Norway in a Nutshell, and one full day in Bergen! 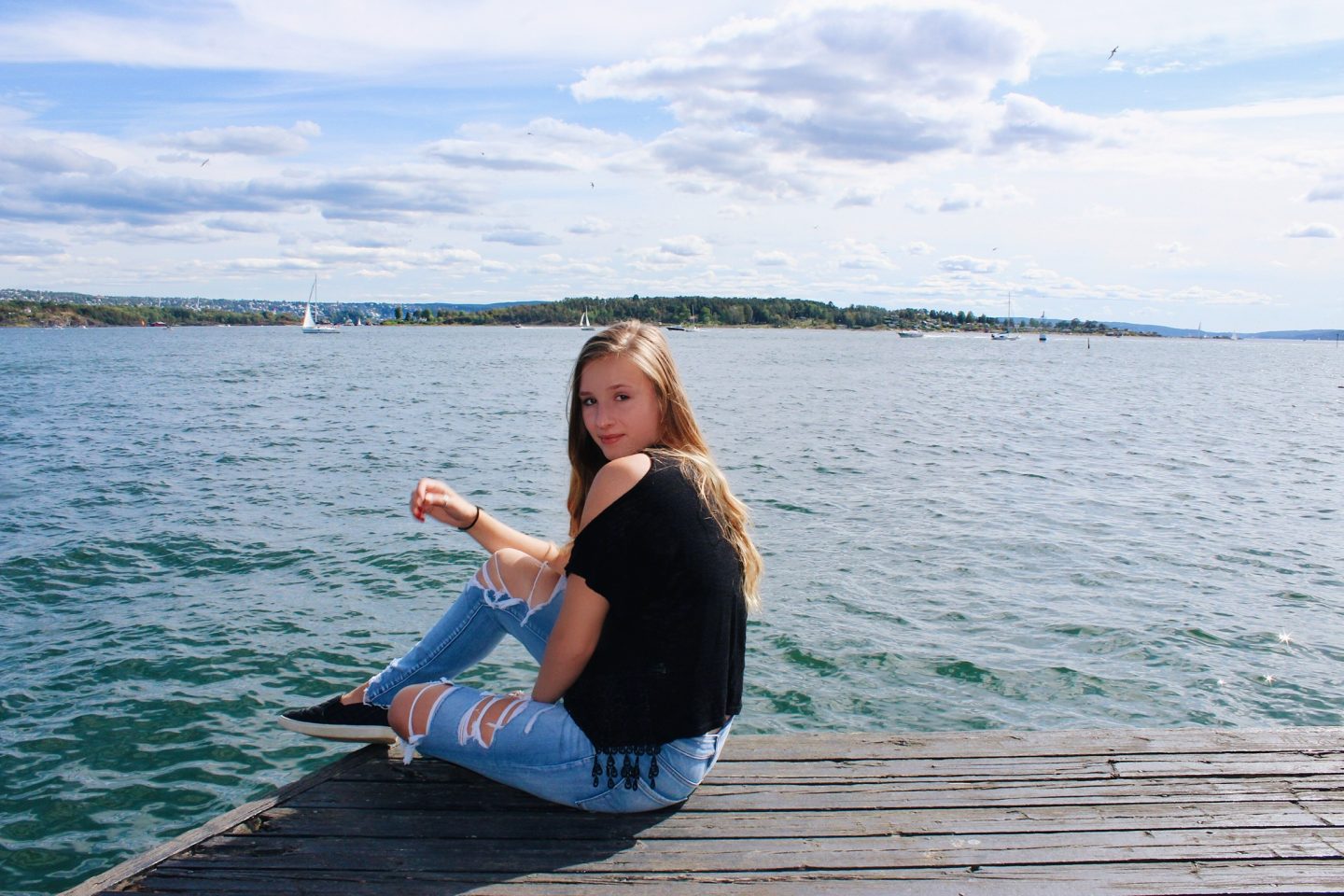 Day One in Norway: Oslo

After disembarking our ship in Copenhagen, we flew one hour to Oslo, Norway. After checking into our hotel we went to lunch at a local pub where I had the most amazing fish-n-chips! We also spent time downtown this afternoon shopping on the main street in Oslo, Karl Johannes Gate, and stopping at the Oslo train station to pick up our Norway in a Nutshell tour tickets.

That evening we visited Akershus Castle, a medieval fortress and military base on the coastline of Oslo, before heading to the pedestrian boardwalk for dinner. There was a jazz festival going on so my family and I stopped for some drinks before eating burgers for dinner. 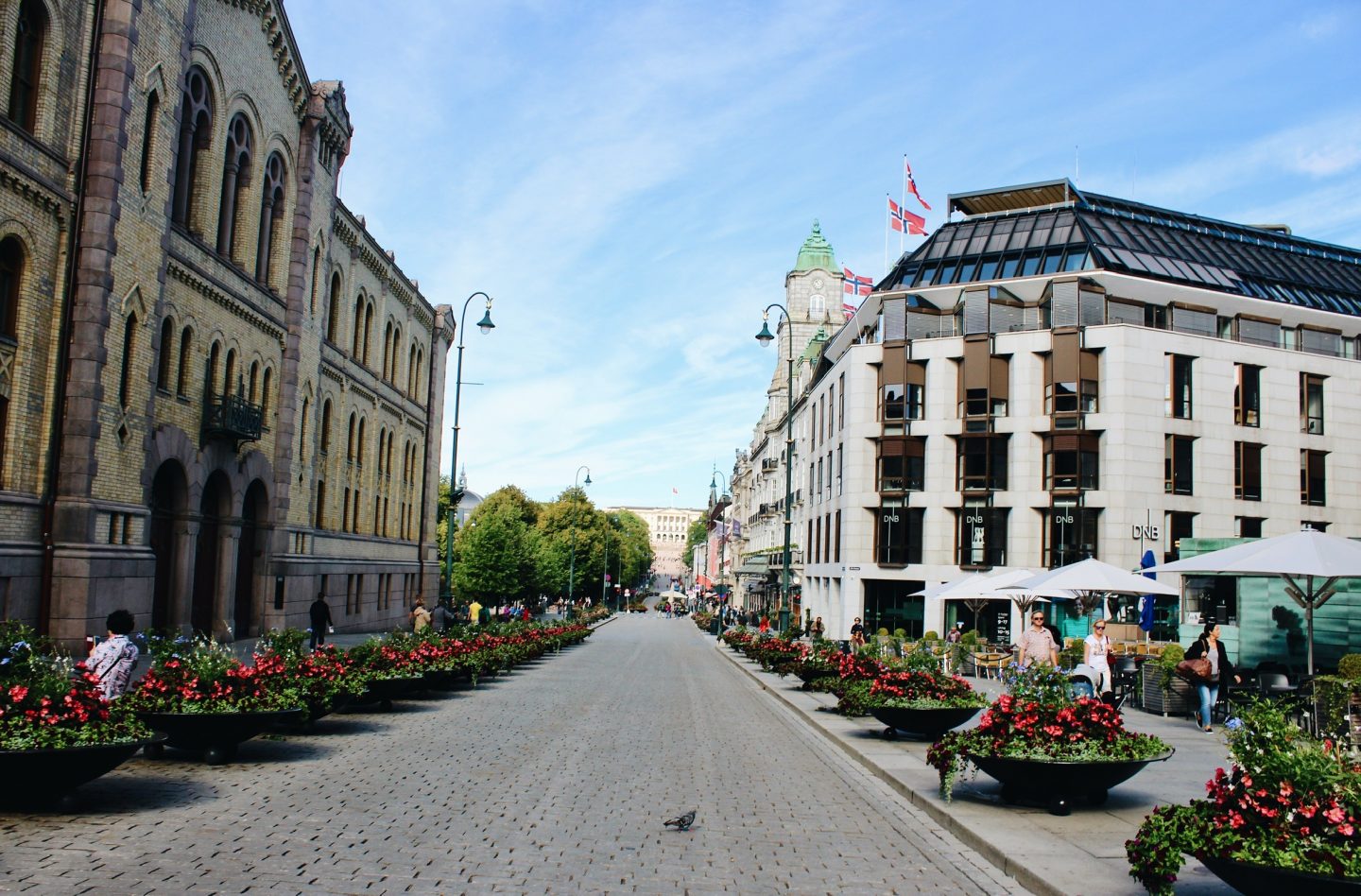 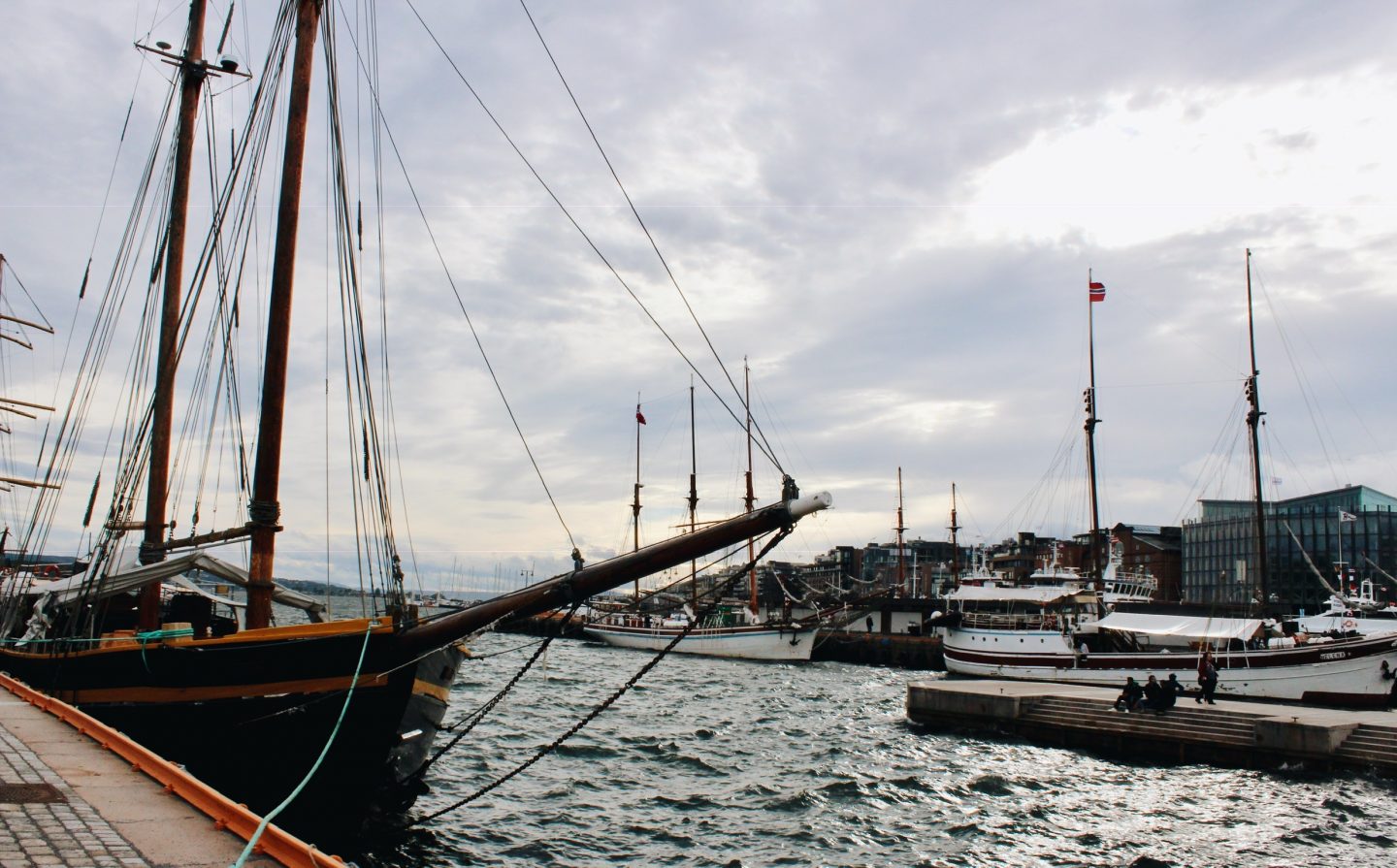 Today we had breakfast at our hotel (Cecil) and walked to the Royal Palace, which is located on a hill at the end of Karl Johannes Gate. We weren’t able to go inside, but we did watch the changing of the guard!

From there we walked to City Hall to buy an Oslo pass which gave us access to the Oslo ferry and several museums at an all-inclusive, discounted rate. We rode the ferry across the bay to a different part of Oslo and visited the Viking Ship museum where we saw three fully intact Viking ships!

We made our way back on the ferry and ate dinner in downtown Oslo at Egon restaurant. If you ever find yourself in Oslo eat here! It was right in the hub of the city and had an extensive menu with cheap prices. 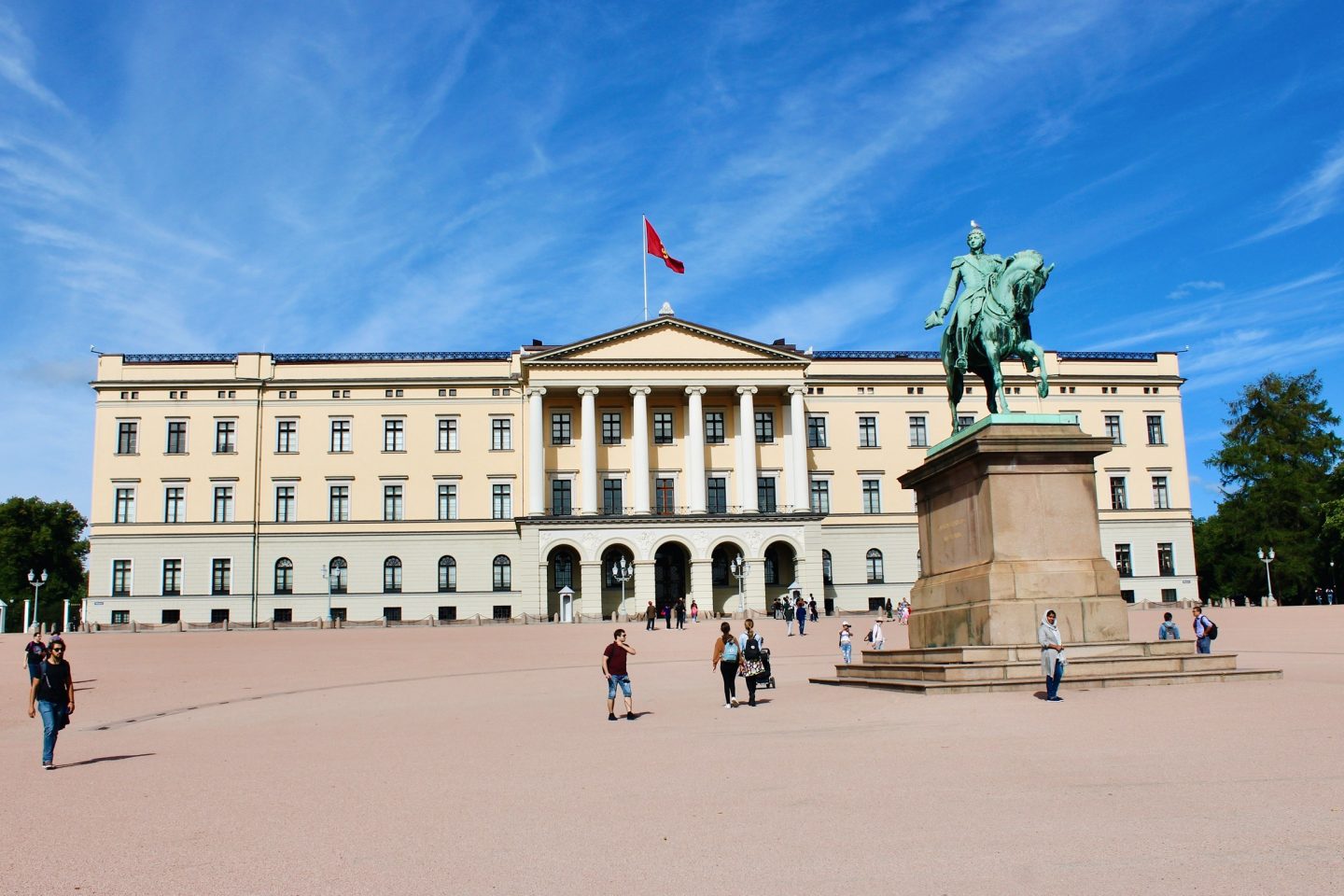 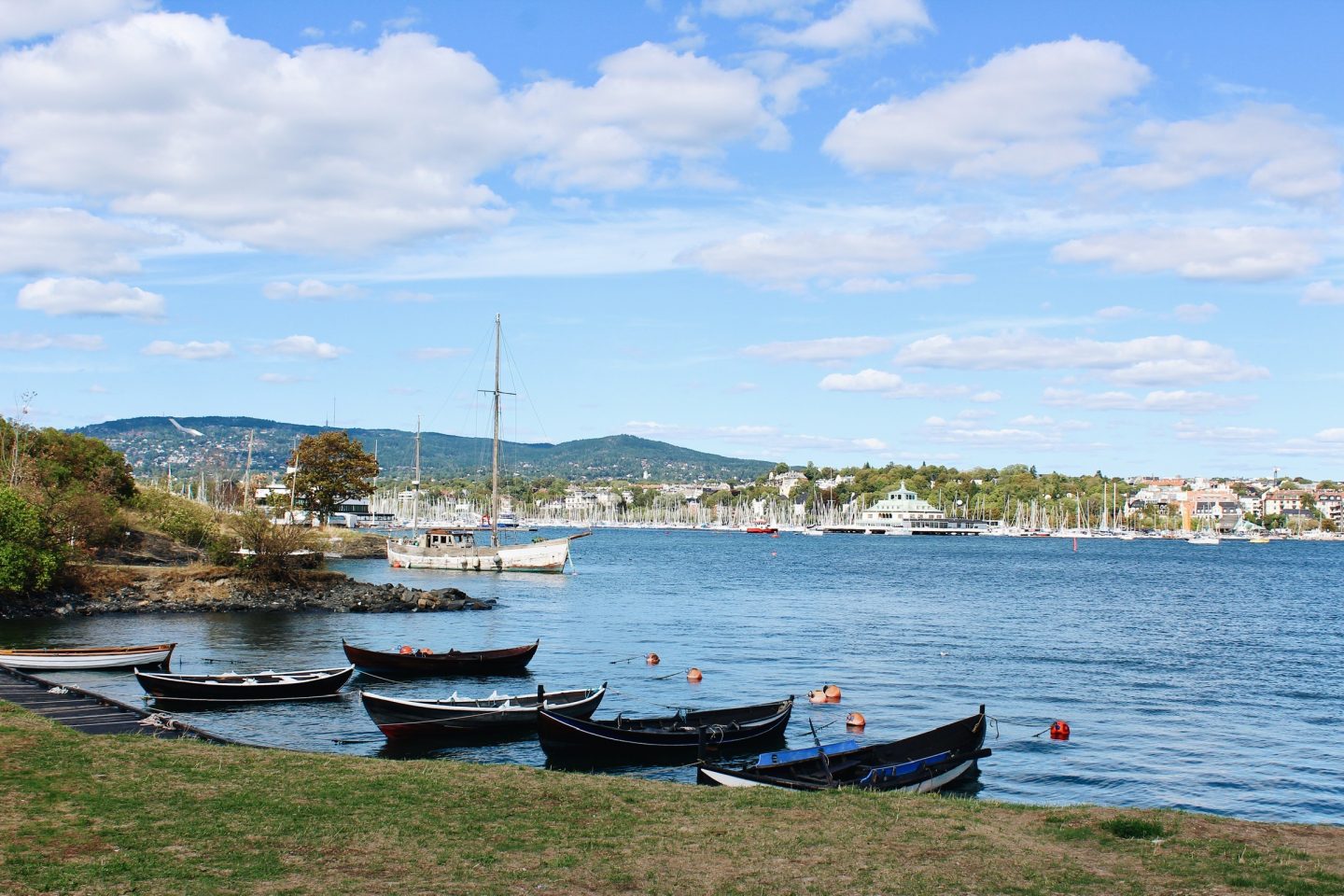 Day Three in Norway: Norway in a Nutshell

Today was INCREDIBLE! We woke up at 5 am and walked to the Oslo train station to begin our journey of traveling through Norway with Norway In A Nutshell. This tour takes you on 5 different, extremely scenic modes of transportation throughout the country of Norway. We did the route from Oslo to Bergen, but you could do Oslo-Bergen-Oslo roundtrip if you wanted to! We had our luggage shipped to Bergen so that we didn’t have to worry about transporting it throughout the day- this was a lifesaver, so I would definetly look into a company to do this for you if you ever find yourself on this tour!

Our first leg was on a train from Oslo to Myrdal. The train was 5 hours long, but very comfortable and had great views the whole way. Myrdal is much higher in altitude than Oslo so it was freezing and mountainous. This station is well-know for being the gateway to adventure in Norway- we saw lots of mountain bikers, hikers, and skiers (even in August)!

At the Myrdal station we boarded the world famous Flam Railway- an hour long, scenic train to Flam that took us through several tunnels, past glaciers and valleys, and even stopped at a waterfall. We were all able to get out and take photos!

Once we arrived in Flam, a city in the middle of Norway with only 400 permanent residents, we boarded a fjord cruise that took us through the Aurslandsfjord for two hours.

A fjord, by definition, is a long, narrow inlet with steep sides or cliffs. They are incredibly beautiful sights created by glacier melting and are commonly found throughout Norway and Iceland, but Norway is especially known for them. Don’t leave Norway without visiting a fjord! Our cruise was extremely relaxing and scenic, with lots of waterfalls and colorful homes to see. If we had more time I would have loved to do a fjord safari, a high-speed jet boat that brings you around the fjords- super adventurous and fun!

We disembarked our ship in Gudvangen and took a bus down VERY windy roads to Voss, a ski resort town in Norway. We had some time to shop here before boarding our last train to Bergen, a gateway city to the fjords located on the west coast of Norway.

We checked into our hotel in Bergen and went to a local Italian restaurant for dinner. I ordered pasta, but tried my dad’s reindeer- a Norwegian delicacy. Bergen is SO cute and being the second largest city in Norway, it is definelty worth the visit! 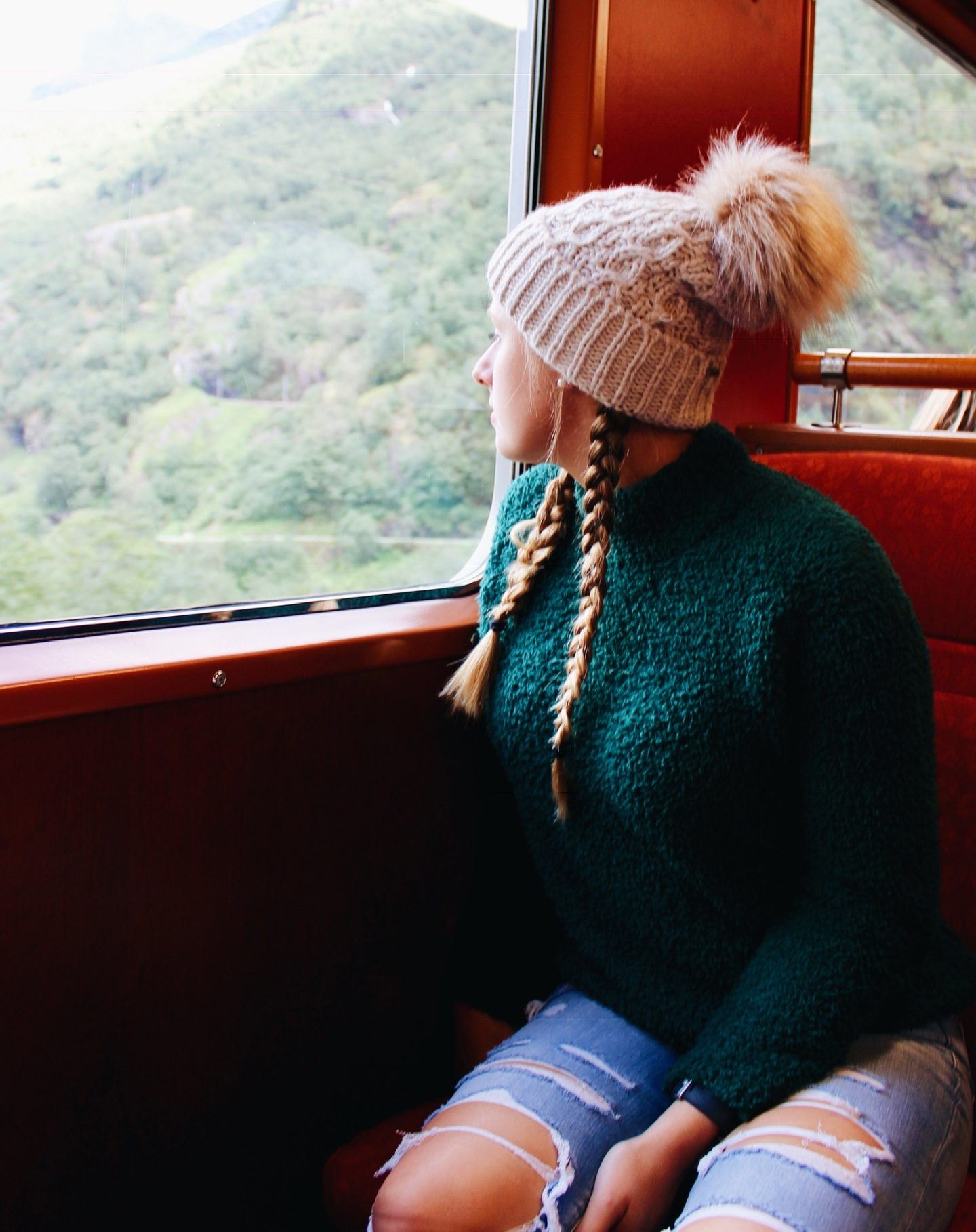 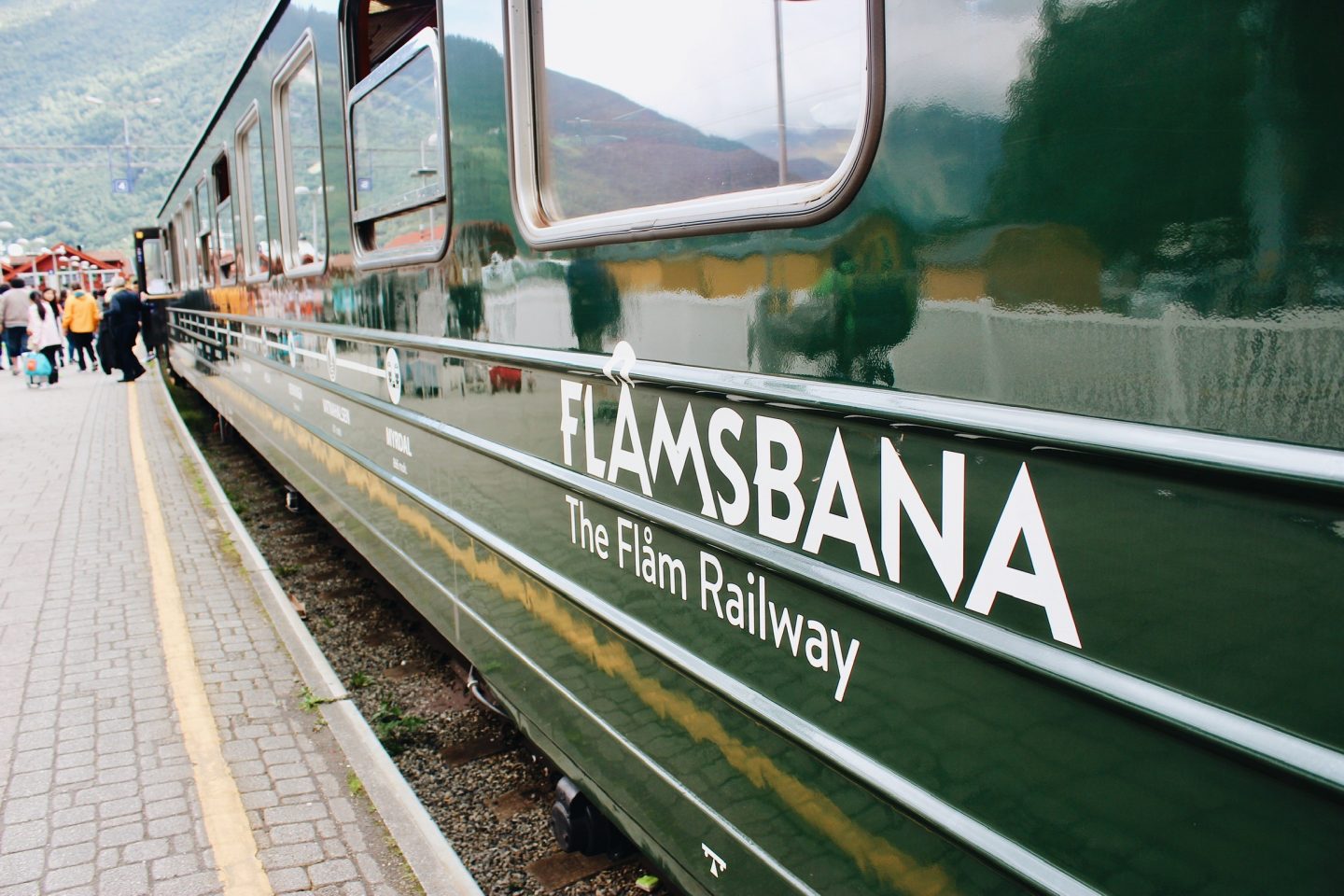 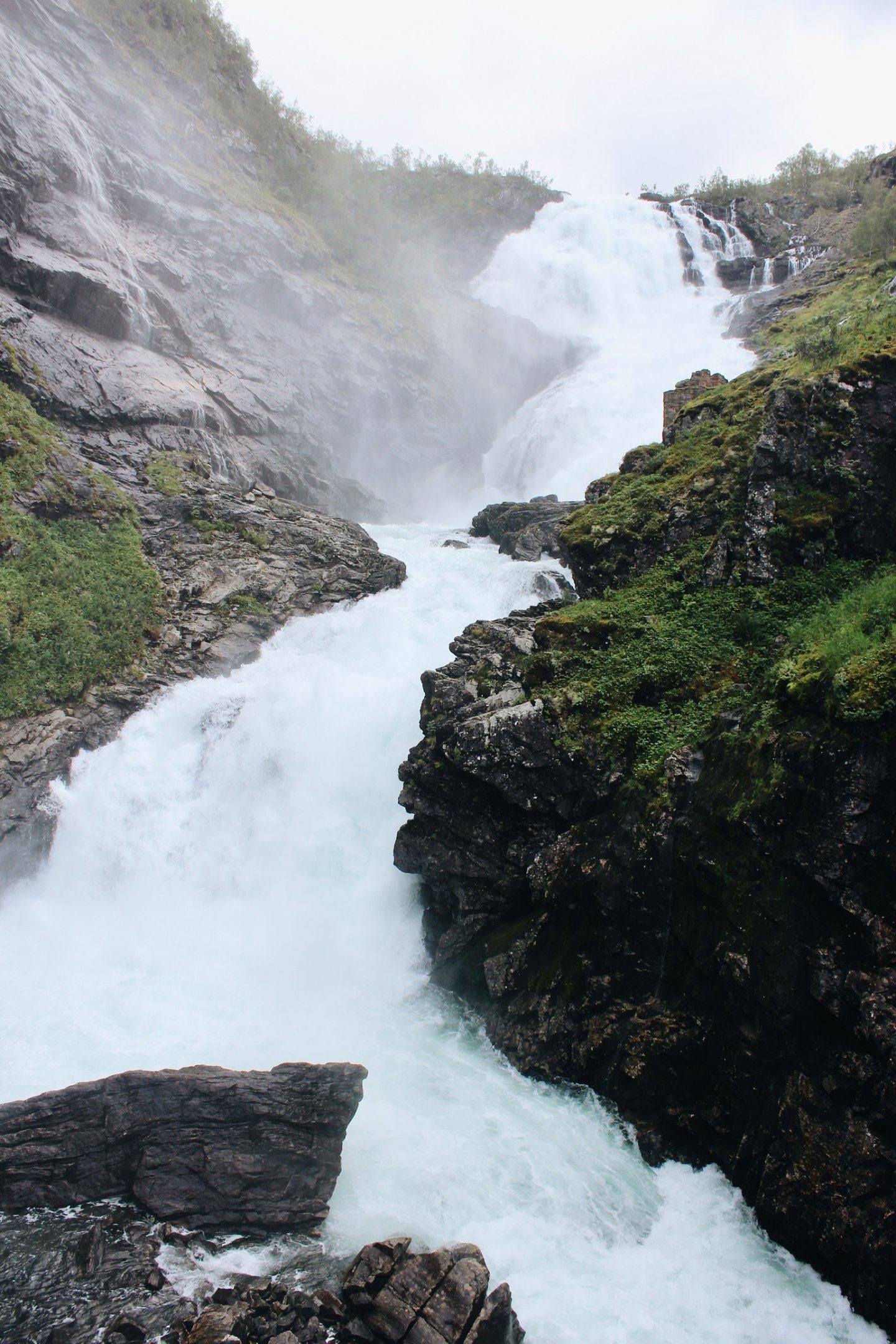 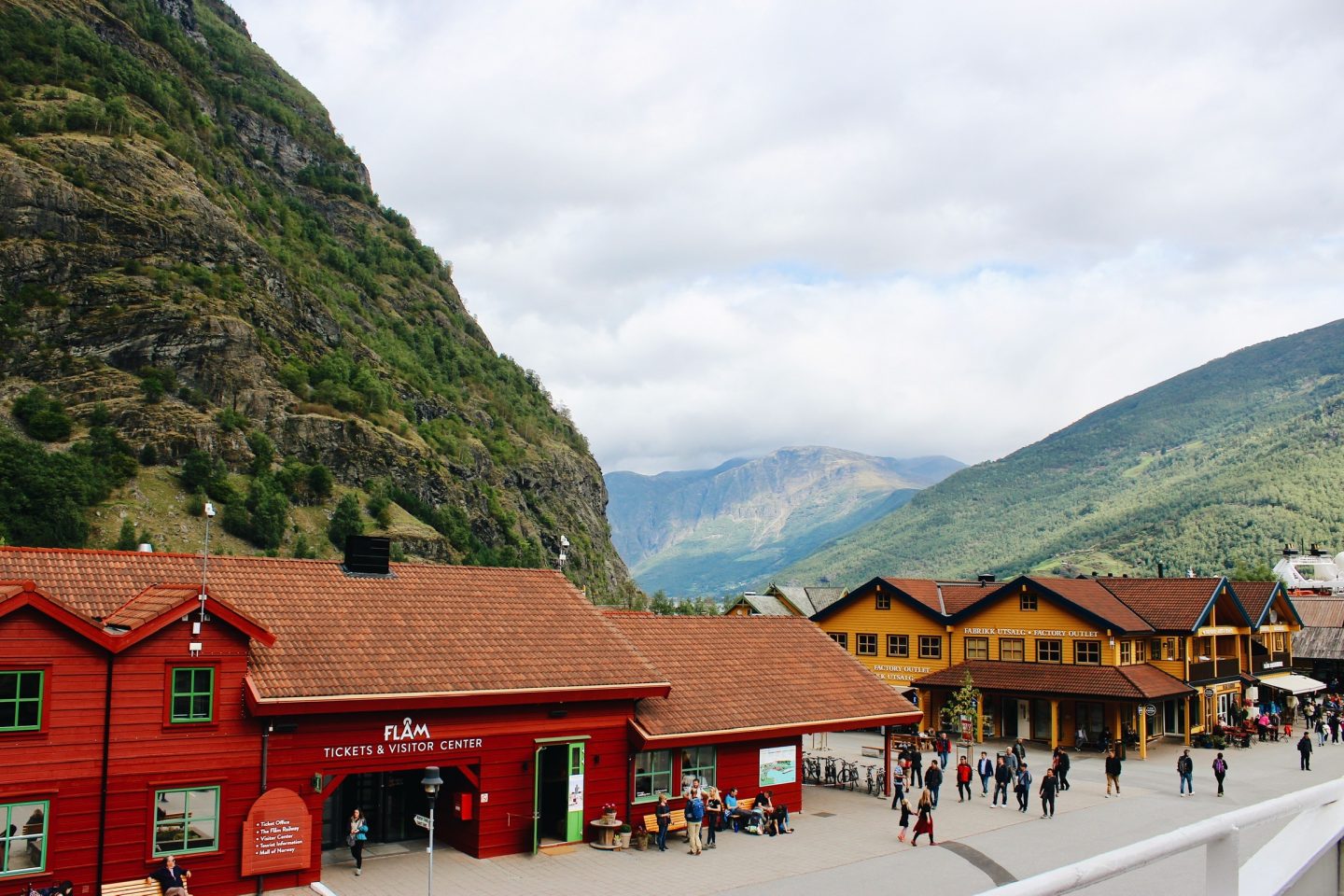 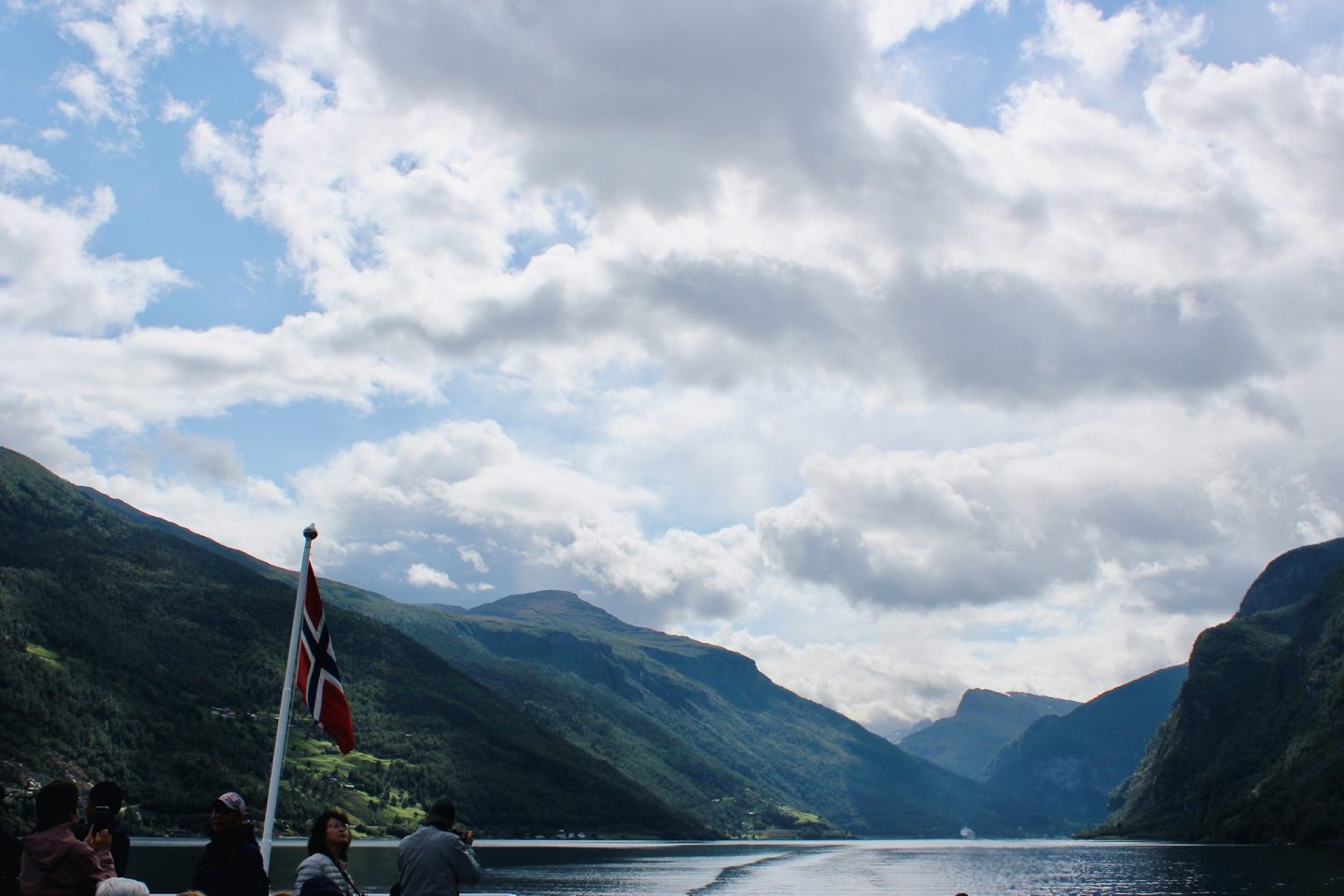 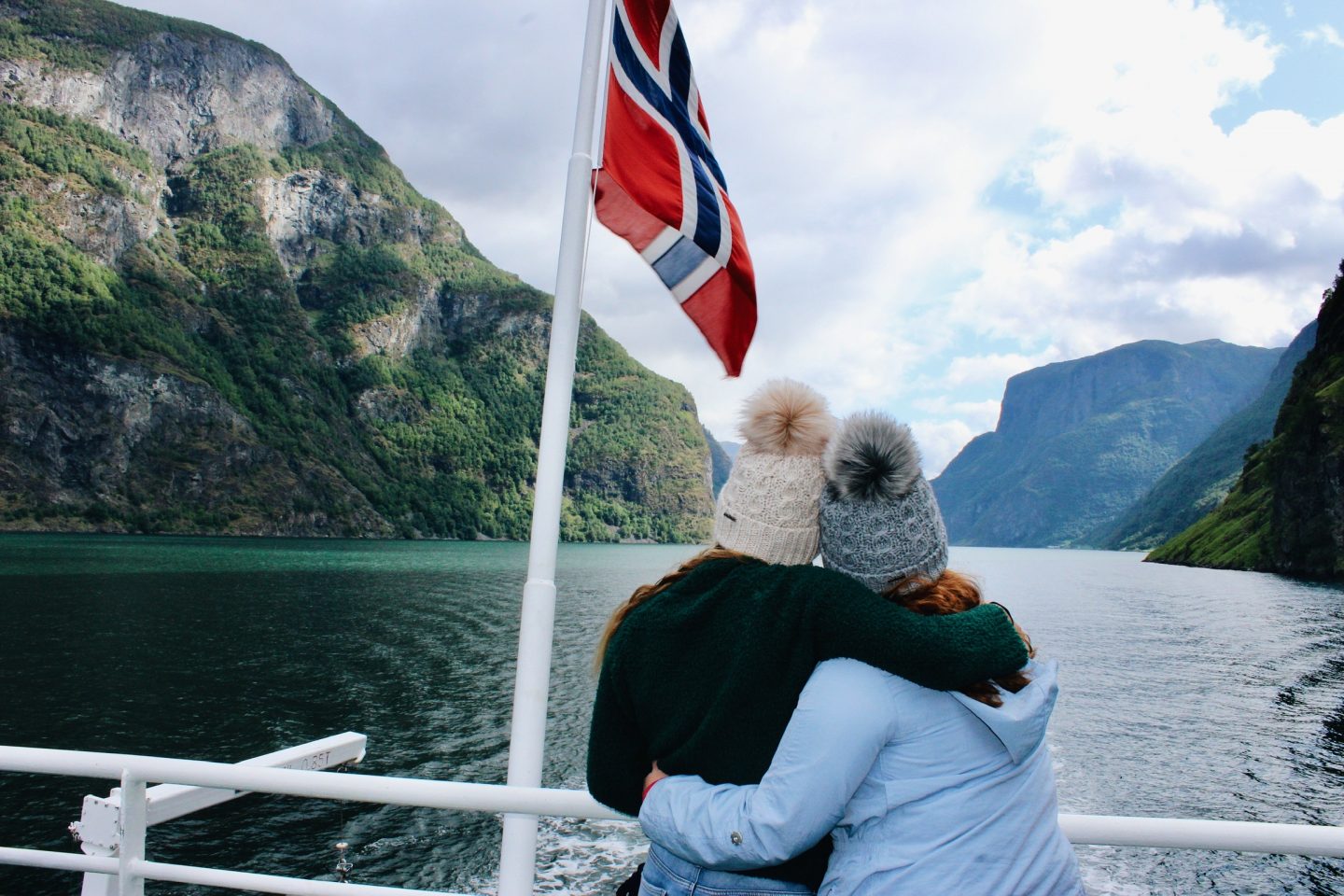 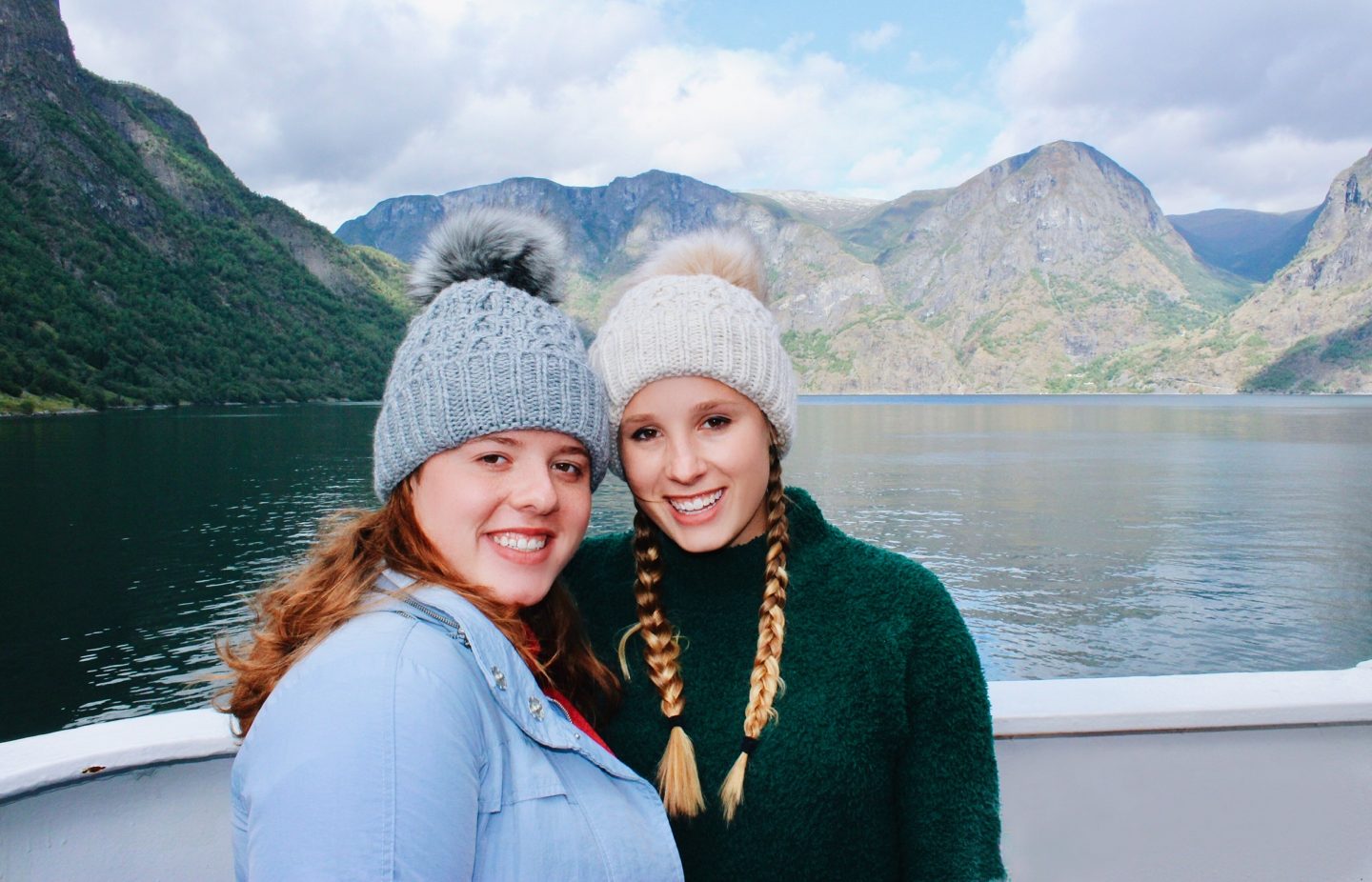 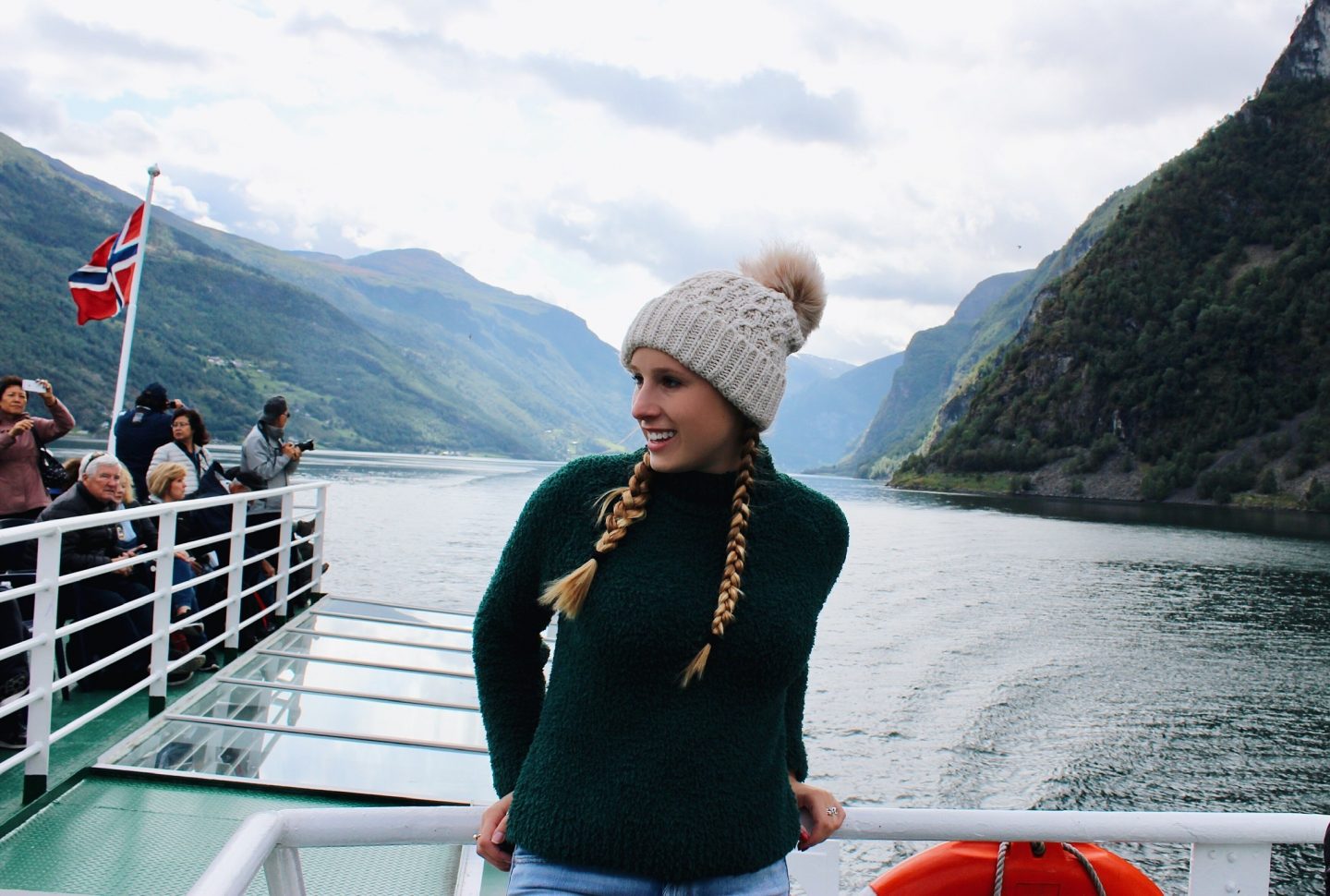 Today we woke up early to make the most of our half day in Bergen. We visited the UNESCO World Heritage site of Bryggen, or the old wharf of Bergen. This is the site you see on any Bergen postcard and is definitely worth the visit.

There is also a famous vernacular in Bergen that will bring you to the top of a nearby mountain to a look out over the whole city, but the line was too long for us to do it. Get there super early in the morning if you are interested in doing this, or opt for the short hike instead, like we did, which still has amazing views!

We also spent some time this morning shopping and walking through the famous fish market where I saw whale being sold (that was a first). 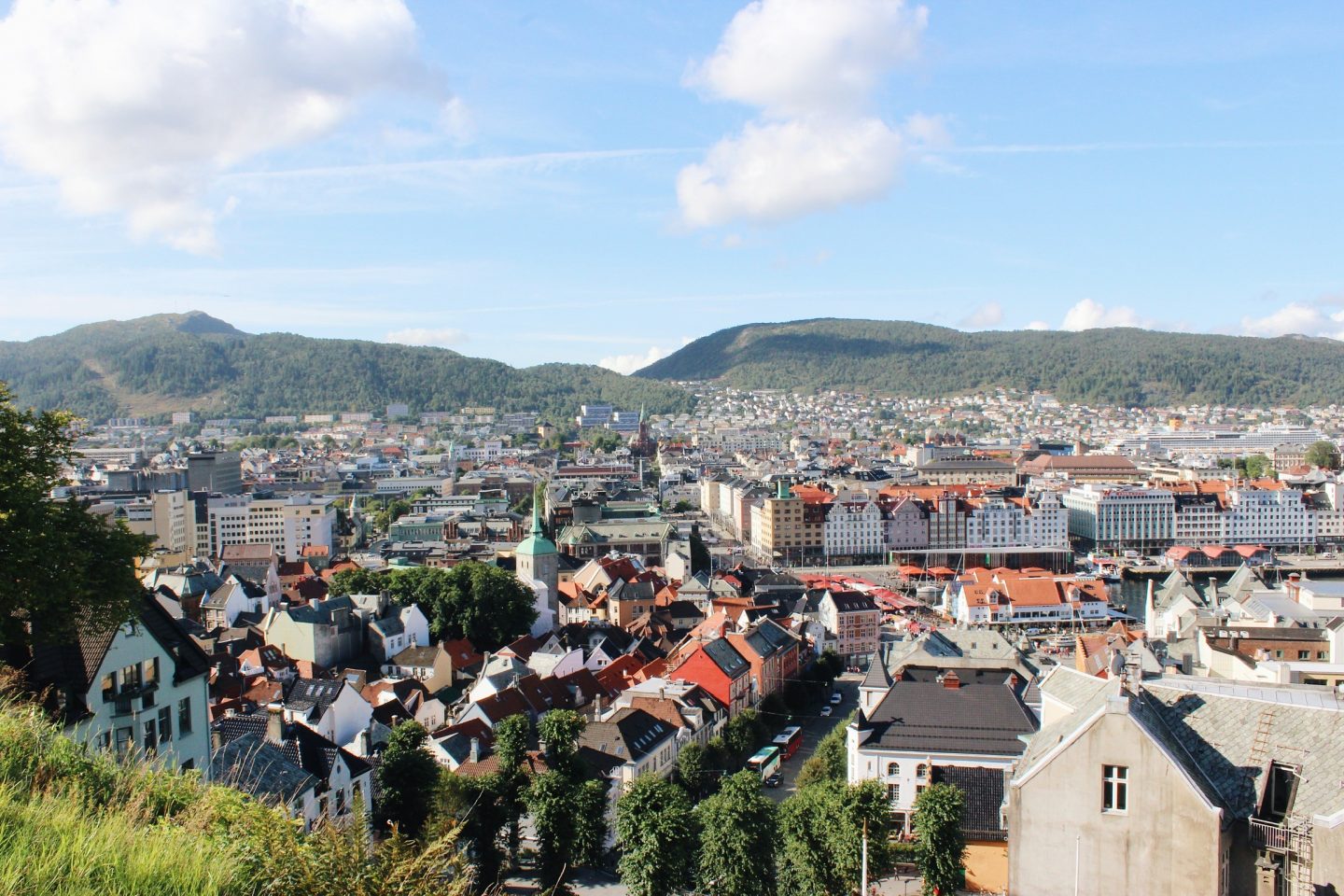 Later that afternoon we said our goodbyes to Bergen and our Scandinavian adventure and took a cab to the airport to fly to Iceland and then fly home to Boston. After a full two weeks of exploring Denmark, Germany, Estonia, Russia, Finland, Sweden, and Norway, we were all feeling very tired, but super grateful for the experiences that we had together as a family!