Home » How To Spend A Spooky Day In Salem, MA 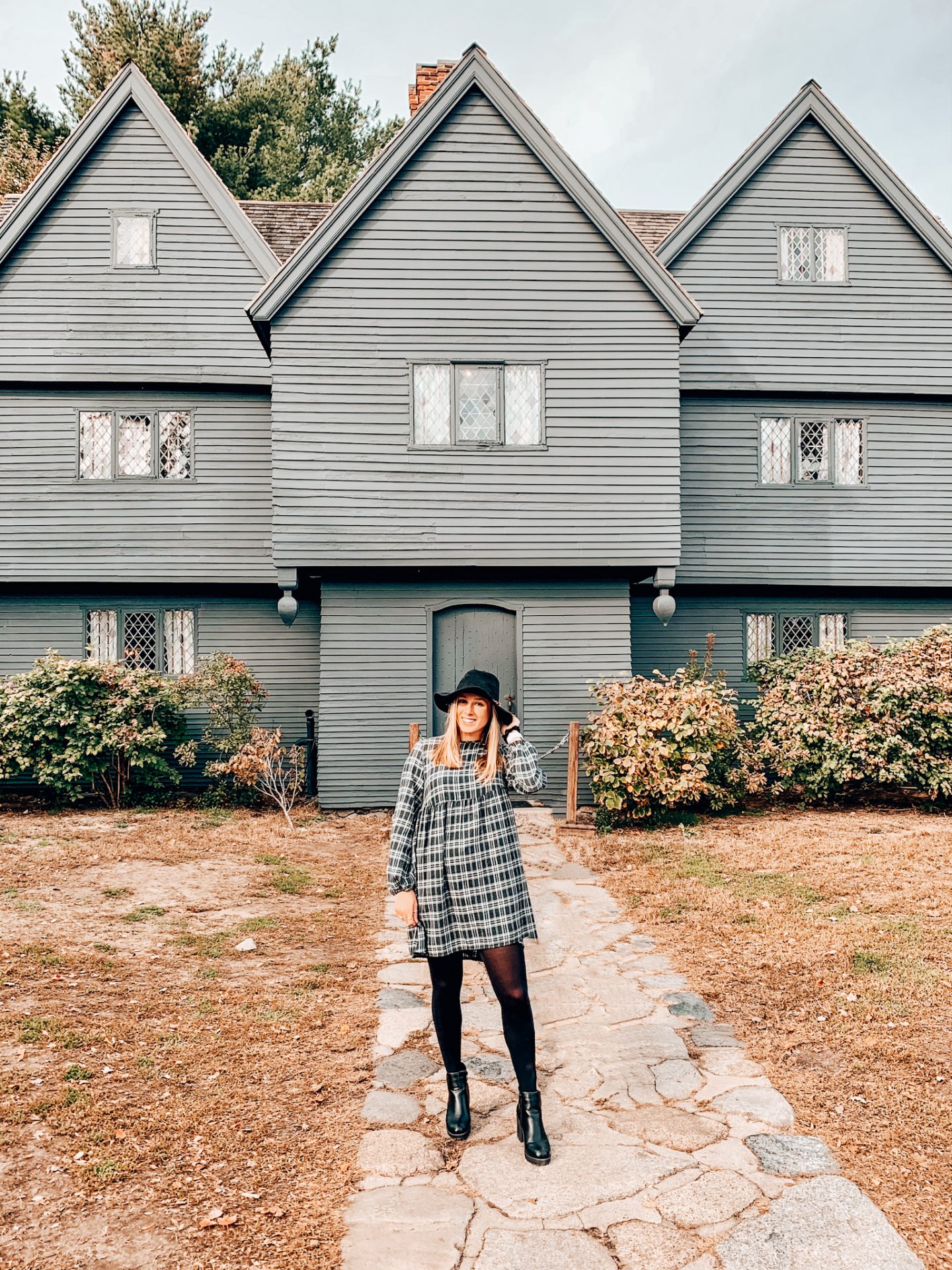 Hey booos! Happy Halloween weekend! Today’s post is going to cover the perfect spooky day in Salem, MA. I visited Salem earlier this week twice actually, I loved it so much. The first time my boyfriend, Nathaniel, and I went to a rooftop bar and walked around and the second time we did a historical walking tour, saw the sights, and visited some of the Hocus Pocus filming locations. Keep reading for tips on what to see this Halloween in Salem, MA!

First, a little background. Salem is known for being the Witch City. The Witch Trials occurred here in 1692. 25 people died. 19 were hung on Proctor’s Ledge, one man was pressed to death, and 5 others later died in jail. Most of the accused were women and most of the time no one really had proof that the accused were practicing witchcraft. I learned on my tour that this was common in this era and that several witches were burned at the stake across Europe before this ever even happened in Salem. Salem, however, really earned it’s claim to fame by embracing their history and claiming their title as Witch City.

Beginning with the film Hocus Pocus, followed by the TV show Bewitched and of course, the Crucible, Hollywood has played a major role in Salem’s rise to star dome. The city also embraces Halloween year-round and has catered it’s city to tourists. For example, on the main road, Essex Street, you’ll find countless witch shops, spooky souvenirs, and even a store dedicated entirely to vampires.

Now onto the sights!

Let’s start with Hocus Pocus, because to be honest, this is why most people visit Salem! There are three major filming locations I recommend visiting. The first is the Salem Common. This park is the backdrop for Max’s school in the film.

The second is 4 Ocean Ave. This is Max and Dani’s home in the film. It’s a private property, but fans are more than welcome to snag a photo from the street out front.

The final stop I recommend visiting is the Ropes Mansion. Not only is this home stunning, it’s where Allison lives in the film. You may not see the Sanderson sisters at any of these places, but they’re still cool!

What to See in Salem

Next, I recommend seeing the Witch House. No witches actually lived here, but this is the only building in all of Salem dating back to the time of the trials. Judge Jonathan Corwin lived here and it’s believed people would’ve came here to state their accusations.

Pro-tip: You have to buy tickets in advance to go inside. It costs only $9 and is really cool so I definitely recommend doing this!

If you’re looking to learn a bit more about the trials, pay a visit to the Salem Witch Museum. You’ll learn about the trials in-depth and even explore witchcraft today! If you’re visiting around Halloween, you’ll have to buy tickets online SAME DAY.

PS. They tend to sell out.

Looking for something more educational? Check out the Peabody-Essex Museum. It’s located right downtown and is the oldest continuously operating museum in the US!

Lastly, I HIGHLY recommend doing a tour! A walking tour around Salem is a great way to learn about the history from a local. A lot of the witches’ families still live in the area, so the guides are extremely knowledgable about the facts. We opted for the 1692 Witch Craft Walk with Salem Historical Walking Tours and learned a ton! There’s also several ghost tours in the city if you prefer that.

Looking for a place to stay? Pay a visit to the historic Hawthorne Hotel, one of the most haunted hotels in the country. It’s beautiful, but you’re brave to stay here!

Breakfast: The Ugly Mug. Super cute breakfast diner. Coffee is served in ugly mugs that people donated to the restaurant! If you find one you like, you can buy it!

Lunch: Craving Mexican? The Howling Wolf is a personal favorite.

Drinks: Head on up to the rooftop at the Salem Hotel! The drink menu is great and the views are even better.

That’s all for my Salem guide! I hope you enjoy your spooky day in Witch City! Want more New England day trip ideas for this fall? Check out my New England Bucket List and Leaf Peeping blog posts!